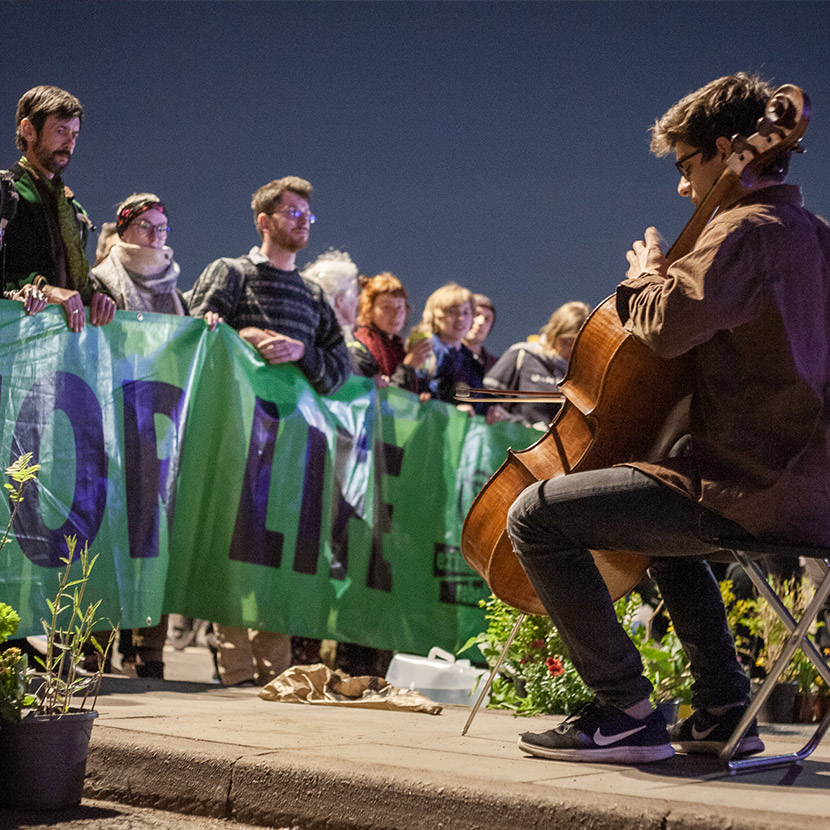 Intro to the Third Demand: What are Citizens’ Assemblies?

A Citizens’ Assembly on Climate and Ecological Justice is XR UK’s Third Demand. But what does that actually mean? Come and find out during our online talk.

After registering, you will receive a confirmation email containing information about joining the meeting.

Citizens’ Assemblies – how do we make them inclusive

Extinction Rebellion Webinar on Climate Assembly UK – PART 1: What is a Citizens’ Assembly

PART 1 is an introduction to Citizens’ Assemblies: what they are and why we need one to tackle the climate and ecological emergency.

Part 2 of the webinar covers the basics of Climate Assembly UK and XR’s key objections on its framing.

The last part of this webinar includes reflections by three observers of Climate Assembly UK, their thoughts about the process so far and what they hope for the future.

Local Deliberations: A Participant’s Perspective on Camden Council’s Assembly on the Climate Crisis

Anna Pick recounts her experience as a participant in Camden Council’s Citizens Assembly on the climate crisis in July 2019.

Dr Marie-Claire Brisbois is an academic in Energy Policy at SPRU, University of Sussex and Co-Director of Sussex Energy Group. Her work examines questions of power, politics and influence in energy, water and climate governance contexts. Here, Dr Marie-Claire Brisbois gives her personal and professional perspectives on how CAs – as one of the many forms of participative democracy – can be the vehicle through which transformative policy change for the Climate and Ecological Emergency can be addressed. Here is her expert perspective on Extinction Rebellion’s 3rd Demand.

Andy Paice tells us his experiences in setting up and running deliberative democracy initiatives in Newham through community assemblies with special focus on Newham’s Citizens’ Assembly on Climate Change.

Another date for our regular "What is a citizens' assembly?!" talk! Thurs 15 April 19:30. https://us02web.zoom.us/meeting/register/tZYpceiupjMvEtGxXbCLblIwxFzzzdT9rPH8?fbclid=IwAR0OkLV3sp-YdEMbz3RAYm96gDCTdi2f6OGg5bPK1UUfhl3vSncct5UTzxA #democracy #trust
We will take you through some 'citizens' assembly essentials', with an opportunity to ask questions raise concerns & share your thoughts!

Last week over 100 scientists in 20 countries took part in the #ScientistRebellion – pasting scientific papers to buildings or going on hunger strike. Some were arrested.

Scientist Rebellion is making their voice heard. It's time to listen.
@ScientistRebel1